Hannah is a twenty-something Mama to her daughter “Busby” and wife-in-waiting to her Physicist partner, Nick. She blogs at Make, Do and Push! a parenting and lifestyle blog she started to document her journey into the wilderness of parenthood. On the blog she covers everything from nappies to nail varnish. Hannah has many addictions; the colour yellow, cheese and social media are the current top three!

Nick and I had only been together for 11 months when I found out I was pregnant with Busby. We’d discussed having children early on in our relationship when my fertility was questioned as I suffered from endometriosis. I’d made it clear to him that I wanted to start trying for a baby before the age of 30, as per doctors orders, but we both agreed that we wanted to spend more time together as a couple before getting married and pro-creating.

Plans don’t always stick however, and when I found out I was pregnant on 10th April 2012 I couldn’t have been happier (ok – I was a teeny bit terrified)!

Thankfully Nick was as excited as me!

I’d always said I wanted to get married before starting a family, and we did briefly discuss having a shot gun wedding. However, we decided it would be a bit silly considering we live in the 21st Century (although you wouldn’t think that from some of the comments I’ve had), and the purpose of said wedding would mainly be to please other people; not really the best foundations to begin a long and happy marriage! Also, I didn’t fancy being the size of a house in my wedding photos… and I’d quite like a glass of champagne (or five) on the big day! So we “sinfully” continued along the path of pregnancy and into the wilderness of impending parenthood… Nick proposed in London, the day after my birthday, following a weekend of surprises. In a strange way it did make me feel a bit better about being pregnant out of wedlock, but since having Busby I’ve realised there are much bigger and more important things to worry about than whether you’re married before you start a family. She brings so much joy and laughter into our lives on a daily basis that I’m not sure anything could top that.

We have set a date for next September, although finding time to actually organise the wedding with a baby is proving rather difficult, and with my broodiness levels through the roof, I would prefer to postpone for year and make another baby instead! Nick isn’t entirely convinced by this… but I’m working on it! 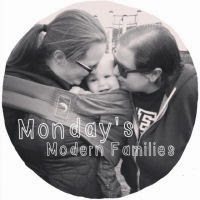